MOMENTS THAT DEFINE US is coming soon! I just love the cover T.E. Black Designs created for this novella that sets the stage for the adult Gray Ghost series. ❤ 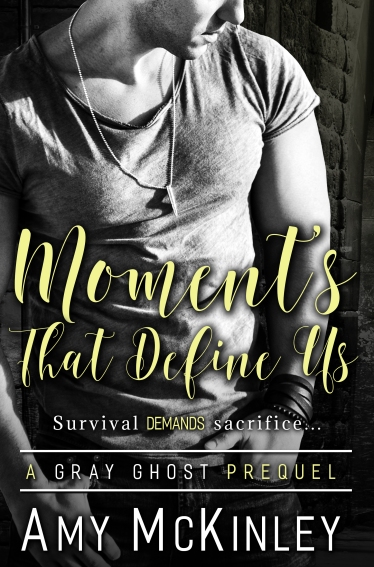 Some days are a gift, while others are a lesson in survival.

Every day Jack spends with his girlfriend Jenni, feels like it could be the last. Her brother, Rex, is the local big shot drug dealer who’s gunning for him because he’s dating his baby sister—and he hates Jack.

Homeless, Jack lives in an abandoned warehouse with five guys who’ve somehow morphed into more than just a crew, they’re family. Living in the slums of California, they can’t fix everything, but they’ve vowed to protect their community and the nearby high school from becoming prey to Rex’s gang. They’ve always policed their own—until Rex takes things to the next level.

When territory wars turn to murder, they have two options:  weapon up or strike a deal before Rex wipes their futures off the map.